Skip to content
Previous Next
Springtime: Hope in Recovery

They say it takes an average of 7 years to recover from an eating disorder, this is a time frame that always seemed more like a convicted sentence than a marker of hope to me. It also made me question ‘did I really have an eating disorder, if I had slowly started to return to ‘normality’ a while before 7 years into my recovery?’ I began to think to myself – if this is the average recovery time – there are obviously people out there suffering much worse than I am, people with ‘real’ eating disorders. This is what sometimes made me reluctant to speak up and caused me to yo-yo in and out of support.

I see now how comparison seemed to cheer on my eating disorder and bully my recovery; reminding me there were others who were more worthy of support than me. But at the beginning of February one weekend, I called in at a small shop in town and in the corner of my eye, noticed they had started to stock Easter eggs. An entire aisle lit up by the beaming, bright Easter treats, but it wasn’t just a casual spot I made in passing though as it might sound. No. It hit me with that old familiar pang of fear and panic, and I froze.

Everything around me went into a kind of swirly, blurry non-existence, like a distorting effect they use in films when characters are dreaming or have a dramatic flash-back. I couldn’t understand, I had started to finally feel comfortable with what were once my ‘fear foods’ and it was like the eating disorder had jumped back in and taken control again. I was devastated.

Soon after, I realised that the fact that I was taken aback by the experience was a good thing, it reminded me how far I’ve come and of the lessons I’ve learned, but it also made me understand that 7 year marker a little more.

The point I am trying to make is that recovery happens in different ways, challenging us when we least expect it, when we feel we have gained back control. Whether you face struggles for 7 years, less, or more, nobody can fully understand the effort that has gone into your journey other than you. If recovery is more daunting than hopeful for you, take hope from the achievements you’ve already made. 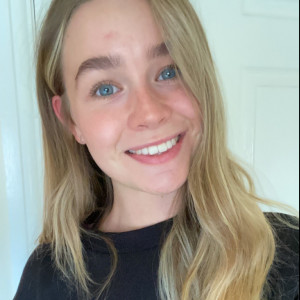