‘You Aren’t Slim Enough for an Eating Disorder…’

It was September 2018, and I was in A&E after collapsing at work. The doctor said I was severely dehydrated and needed IV of fluids, but he couldn’t explain why – I looked healthy. He was also concerned that my heart rate was extremely low and at risk of giving up, but again, he had no diagnosis.

I wasn’t listening. All I could think about was how many calories might be in the bag of fluids. Was it going to make me gain weight? How could I burn it off? And it was actually these types of thoughts that had landed me in hospital in the first place.

For 14 years, I have struggled with atypical anorexia, a diagnosis I still find myself having to validate because I am ‘not slim enough to have an eating disorder’. Despite having the symptoms clinicians usually look for to diagnose anorexia (restricted eating, excessive exercise and fear of gaining weight) my weight has mainly stayed within the ‘normal’ range.

Like many people with atypical anorexia, or an OSFED diagnosis, at times it can feel as though I never had an issue, and maybe I was just over reacting. Maybe I should just lose weight?

I was only 14 when my eating disorder first appeared. I decided I needed to diet, so that is what I did. I would binge, restrict and obsess over my size. I was constantly comparing my body to others, I had faced many traumas up to this point, including bullying, and I felt it was my fault, my body’s fault, maybe if I looked different, I might be treated better?

The disorder eating was a coping strategy. It gave me something else to focus on when things felt out of control, because this is something I could control, my weight. The sad truth though, it actually had complete control over me.

Soon I was isolating myself from friends, because if I dared to go out, to enjoy myself, I would come home and the scales would tell me I had failed and didn’t deserve to eat. It tore my self-esteem apart.

When friends did notice that I had lost a bit of weight, however, they congratulated me and asked for tips. Which made me feel a bit like a fraud, I told them I was just eating well and exercising more, I did not dare say just how much I was restricting and just how much I was exercising, the comments only affirmed my core belief that I had been fat in the first place.

And because I didn’t ‘look sick’, no one suspected that I had been up all-night thinking about food, torturing myself by looking at recipes and memorising the calorie content in foods.

By May 2018 I was unable to work and getting crippling chest pains. When my periods stopped and I finally plucked up the courage to visit my GP and I told him everything. He confirmed what I had started to suspect;

‘This sounds like an eating disorder. Let’s check your BMI and go from there.’

‘You aren’t slim enough for an eating disorder. Drink a full fat can of Coke a day to stop you from collapsing.’

I burst into tears but he shrugged his shoulders, adamant that I didn’t need help. So that was it, nothing was wrong.

All I took from that doctor’s appointment was I was not slim enough. Naturally, the ED twisted that into ‘I’m not good enough’ and I was too fat for an eating disorder – nothing was wrong I was fine. I really spiralled at this point, and upped all my efforts to lose weight.

My husband was so unhappy at the outcome of the GP appointment that he contacted the eating disorder charity Beat and they clarified that you do not need to be underweight to struggle with anorexia. Beat helped me seek a referral and I entered treatment, eventually having cognitive behavioural therapy (CBT) for over a year and a half, and entering a day programme three days a week, where I was taught how to handle the ED voice, and worked through past traumas.

It was hard to accept that I was ill. The BMI chart told me I was healthy – so surely, I was fine? But I couldn’t have been further from it, both healthy physically and mentally.

Having treatment helped me move towards acceptance but since opening up about my illness, I am still greeted with the same damaging phrase time and time again: ‘But you don’t look like you have an eating disorder.’

It is invalidating, harmful and wrong. I’ve had to explain to so many people what atypical anorexia is, including nurses and doctors. When I was having tests for long term damage on my heart and fertility, my diagnosis was met with confusion. One nurse looked me up and down, and said, ‘You clearly don’t have a problem now!’

These sorts of comments can be extremely triggering, and invalidate the battles ED sufferers go through.

I nearly lost my life due to my eating disorder but I was never taken seriously because my weight was ‘healthy’. If I had been smaller, and lost weight more quickly, I suspect there would have been more alarm but I was missed, congratulated and praised instead of receiving help.

People need to realise that any gender, race, age and size, anyone can struggle. Eating disorders do not discriminate. Whenever eating disorders are talked about in the media there is usually a young very slim girl used to portray it, I was guilty of believing I did not fit the stereotype, so delayed getting help. More stories need to be shared, to shatter that image we have.

I wish I had known you do not need to be underweight to have an eating disorder, maybe I would have reached out for help years ago, instead of suffering all this time, my weight yo-yoing every time I was struggling with life, and not been left with these long-term effects. I wish I knew that others struggle with atypical anorexia and OSFED (other specified feeding eating disorders), I may not have felt so alone.

I am also extremely passionate about health care professionals getting more training within this field. Allowing them to be aware that more then one eating disorder does exist and the mental and physical complications are serious. I feel if my problems were taken seriously, I would not have had to rely on charities and small organisations to save my life. I also would really like health care professionals to be careful about the language they use, commenting on a person’s size could be potentially damaging and cause the sufferer a lot of unnecessary distress. Try and find a little compassion, focus on the mental elements too, how it is affecting my whole life. 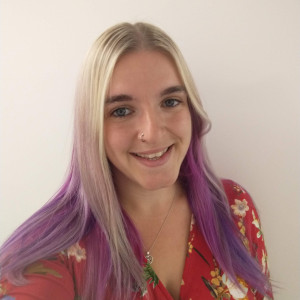