Why I’m Against Mandatory Calorie Labelling to All Menus

I was 12 years old when I first downloaded a calorie counting app, seduced by the promise of a ‘healthier and happier’ lifestyle. Despite being so young, my mental health was already suffering, my self-esteem was low, and I thought I could look and feel better by controlling what I ate. However, instead of a ‘healthier and happier’ me, what I didn’t know then was that what I had actually downloaded was a precursor to my 10-year battle with anorexia and current day disposition of a life ruled by numbers.

I may have deleted that app after my first hospital admission 8 years ago, but what about the inbuilt calorie calculator that resides within my brain?

Calorie counting has become as habitual to me as checking the time. It provides me with a sense of safety and control (albeit a false one) in an otherwise chaotic world. The irony is that not being able to eat food unless I know its exact nutritional value is not me being in control; it is a symptom of my eating disorder.

Today I am in the process of ‘unlearning’, trying to reshape a decade of beliefs, rules, and rituals around food. It is a difficult task, not helped by a society which puts weight loss, diet and exercise on a pedestal, and attaches moral value to food.

From April 2022, the government plans to introduce calorie labelling to all menus at eating establishments with more than 250 employees within its campaign to against the obesity crisis. Whilst I do agree that improving the physical wellbeing of the nation is incredibly important, I am alarmed by the misleading and simplistic focus placed on numbers, both Body Mass Index (BMI) and the caloric content of food, as a direct indication of healthiness.

I do not expect to recover in the perfect environment, and there are people for whom losing weight may be the healthy choice. There may be people who can take heed of calorie information and still have a healthy relationship with food and their bodies. Frankly, that is none of my business.

However, what is relevant to me is the impact of this legislation on those of us in recovery from an eating disorder. Eating disorders are complex mental illnesses, developing as a coping mechanism for underlying issues (like anxiety, depression, trauma etc.) and whilst dietary restriction is by no means the sole cause, it significantly increases the risk of eating disorders in those who are vulnerable or genetically predisposed.

Obesity is itself a multidimensional health issue. According to the UK Government’s report published in 2007, there are over 100 different factors that can contribute, many of which are outside the individual’s control. Placing full responsibility on the individual negates the impact of other influences such as socio-economic issues, mental health issues such as binge-eating disorder (often triggered by restriction itself), genetics, medical conditions, unequal access to nutritious food and appropriate healthcare, inadequate nutritional education, among many other factors.

Evidence suggests calorie labelling on menus has no impact on the overall food purchases and consumption of the general population, but what is certain is that for those who are suffering from, recovering from or are at risk of developing eating disorders, this legislation can and will have a devastating effect.

I believe that accessing calorie information should be a choice which is why I am calling on the government to reassess the new legislation and instead ask restaurants to make this information available only at the request of the customer. Those that feel as though seeing the nutritional content is helpful can do so, but those who find it distressing or irrelevant when enjoying a meal out, do not have to be subjected to it.

One day, I hope to get to the point where being exposed to calorie information has no impact on my food choices, but I am not there yet. Putting this information on a separate menu or the restaurant’s website would introduce a natural pause, a moment to reflect on whether following through with my compulsive urge to check the calories is the right choice for my recovery. 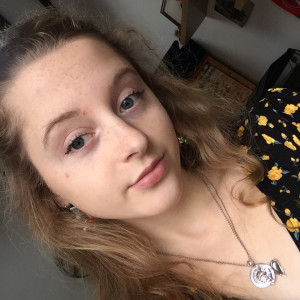