Skip to content
Previous Next
The Brain and Eating Disorders

The Brain and Eating Disorders

The UK, like many parts of the world, applies healthism to public policy.2 Healthism is the belief that people are responsible for their own health, including their weights and body sizes/shapes. An example of healthism is the implementation of calorie counts on select menus in England. With this information, individuals are expected to manage their weight.

The problem with healthism, however, is that it ignores the complexities of body weight, shape, and size. Individuals do not have complete control over these characteristics. Rather, they are regulated by many different psychological, biological, and genetic factors. Consequently, healthism reinforces the misconception that eating disorders are the fault of individuals.

Educating the public about the brain’s role in eating disorders can reduce these misconceptions. This, however, can be intimidating for people without a strong background in science.

While there are many different areas of science, neuroscience, or “brain science”, is of particular importance for understanding eating disorders. This is because eating disorders have psychological and biological symptoms, and neuroscience helps explain both.

What we think, how we behave, and how we feel are determined by the chemical (e.g. serotonin) conversations our brain cells have with one another. These “cell conversations” are influenced by our unique biology and life experiences. This means that our diets, social interactions, and genetics all influence our biological and psychological functions.

Policymakers and those in government

Despite extensive campaigning efforts, the best interests of the eating disorders community are often overlooked in public health policies and regulations. For example, many people are often denied treatment because they don’t meet a certain BMI threshold. Another concern is the wait time for a bed in eating disorders treatment, which can be up to two years. During this time, the severity of an eating disorder can increase, and health complications can develop. Similarly, treatment programs often last for a limited time, with people forced out too soon. These health regulations have led to many preventable deaths.

It has been demonstrated that people judge arguments supported by neuroscience as more alluring and of higher quality than arguments using information from other sciences.3 Consequently, educating policy and government officials on the severity of eating disorders using neuroscience might provide the needed push for drastic changes in how public health is managed.

Those with and/or recovered from eating disorders

Neuroscience can reduce self-blame for those with and/or recovering from an eating disorder. The misconception that we have complete control over our weights and body sizes can encourage shame about our appearances, which could lead to an eating disorder. Understanding that each body runs best at a different weight might inspire more body acceptance.

Similarly, understanding the impact an eating disorder has on the brain can help an individual understand their thoughts, feelings, and behaviours through illness and recovery. It might reassure them that relapses are not their fault and reinforce that recovery is possible for everyone. The brain can change during treatment.4

Given that many health professionals are not knowledgeable in eating disorders5, individuals seeking diagnosis and treatment for an eating disorder should have a general understanding of their biological foundations. This is because such knowledge allows them to contribute to conversations about their diagnosis and treatment options. The more informed they are, the more they can advocate for themselves. 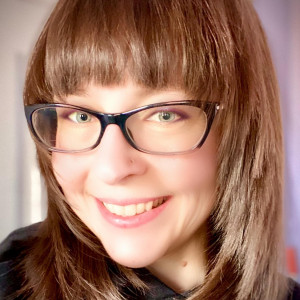