Skip to content
Previous Next
Race, Culture and Body Image

Cultural views of bodies can be vastly different all over the world and are impacted by our different histories, including oppression, colonialism and racism. As part of thinking about body image, reflecting on our heritage and ethnicity is important for all of us. White is a race, but many white people don’t really think about it that way, but we all live in cultures that have impacted how we view body image, eating and mental health.

If we think of white as “normal” and everyone else is “different” or “diverse”, it only reinforces the idea that the white western appearance and culture is “best” and superior. When people are “othered” it seriously affects people’s body image and mental health. Discrimination, oppression and inequalities are traumatic. Trauma, as explored in the “Causes and Consequences” part of our body image resources, can be a source of body image issues, and can lead to disordered eating too.

Stephanie Covington Armstrong, author of Not All Black Girls Know How to Eat, talks about how in many ethnic communities it is not recognised or accepted to have problems with food. This prevents many people from coming forward with body image or eating problems, especially as the stereotypical view of eating disorders is that they mainly affect thin white girls. This means eating disorders are under-diagnosed and under-treated in many communities, and people just aren’t getting the help they really need.

Everyone now can create media which means more people are taking a stand against racial inequalities, an example of which is the Black Lives Matter movement. Racism isn’t obvious sometimes, it has a more subtle – yet vast – influence throughout our society, through institutions, systems and policies. This can show up in unspoken inequalities and division, microaggressions and ignorance. This has a huge effect on mental health, self-worth and body image, and can potentially lead to eating disorders.

“Microaggressions” are small or subtle acts, behaviour or communication that are (sometimes unconsciously) harmful to a person in a minority group. Racial microaggressions may not be noticed or seen as an issue by white people, but for people of colour it can be a daily struggle. In terms of body image, examples of microaggressions might be assumptions or comments made about someone’s appearance (such as afro hair, cultural or religious dress, or body shape.) There have been a number of issues in schools where students with afro hair, dreadlocks, or wearing religious clothing (such as colourful hijabs) have been deemed as unsuitable and breaking dress code rules.

We need to ask ourselves – who has created these rules and policies? Who decides what looks “professional”? School is often seen as needing to prepare you for the outside world so appearance standards and “professionalism” is encouraged but in some schools, this may be through a limited cultural lens, with underlying implicit (subconscious) biases. It’s important to know that professionalism is about behaviour and conduct, not about your hairstyle.

If you’ve experienced microaggressions and discrimination, it might not be something you feel you’re able to speak out about as maybe there isn’t enough “proof” and you may feel quite powerless. Don’t be afraid to speak out and raise concerns at your school, college, university or workplace – it’s your right to be heard.

Many people who’ve had traumatic experiences also have negative body image. This can happen for many reasons depending on your experiences, but it is often due to shame and low-self worth. Some traumatic experiences (including discrimination and racism) leave people feeling as though they’re to blame, and many people feel out of control. Projecting these feelings into your body, to try to change or control it, can be a way of attempting to cope. This can then lead to disordered eating and other coping mechanisms.

It’s also important for white people to reflect on the cultural impact of whiteness and white people’s role. When discrimination and inequalities are still prevalent, it’s important for white people to understand their own position in the present day, taking accountability and responsibility for unconscious biases and the ongoing role played. A history of collective trauma is part of white people’s history too. Reading and learning about white privilege can be useful here (“privilege” here doesn’t mean how much money you have, it’s used in the context of not having experienced racism due to the colour of your skin). Books such as White Fragility by Robin DiAngelo and Why I’m No Longer Talking to White People About Race by Reni Eddo-Lodge can be helpful for exploring this further.

Ideas about what bodies should look like run deeply through our society, so it’s not surprising that we unconsciously may hold harmful views and biases toward our own bodies as well as other people’s. There are links between race and fatphobia (fatphobia meaning negative views towards fat people and/or a fear of fatness – to learn more, click here), according to Sabrina Strings, author of Fearing the Black Body. Slavery and poverty made black bodies undesirable, so white women didn’t want to be associated with this, making thinness more desirable. There was the myth that black people had little self-control around food, and there were associations to being greedy and animal-like, dehumanising people of colour even more. This led to the further pursuit of the thin, fair-skinned and feminine image of beauty, associated with wealth and power.

For further information, check out this podcast episode.

For some people, trying to change your body shape can be either to fit more in with a group/culture, or in the opposite way to disassociate from them. This is why it can be so important to understand the views and expectations placed on us in our culture, to see how we might be wanting to change ourselves based on something external. Celebrities may resemble a desired “look” for certain ethnicities or cultures, but these can create just another standard or expectation. It’s important to remember that often celebrities have plastic surgeons, personal trainers and sometimes a whole entourage of people to create their ‘look’ , and their pictures online are often edited. They’re not realistic.

Subconsciously, we can hold views that are harmful to ourselves or cause self-sabotage – it’s unfortunately the nature of growing up in a society with strong messages about the power of white, cis-gendered, able-bodied thinness. It can mean we try to hide our true authentic selves, which is harmful to our sense of self and self-esteem.

Internalised racism and internalised fatphobia can have a big impact on self-worth, which is why it’s so important to understand our own biases. We all have them as they’re in-built, but deepening awareness of these biases, with self-compassion, is so important.

Another aspect of race that can impact body image is the history of body hair. Alok Menon is an Indian-American non-binary writer and performance artist who suggests (citing Rebecca Herzig’s book, Plucked) that body hair was historically seen as a main difference in racial appearances. Fair skin and hairlessness was associated with superiority, body hair being seen as something more animal-like and so associated with dirtiness. Body hair became important in separating white and black, as well as men from women, in a similar way to thinness.

Women’s body hair was, and often still is, encouraged down to the bare minimum. These gender expectations of what is acceptable body hair for men and women are still strong today:

Body hair, despite sometimes being seen as dirty or unfeminine, is there to serve a purpose. It helps keep areas clean and protect from bacteria and dirt, and it helps to regulate our temperature. Societal pressures, gender expectations and the media have an influence over how we all deal with our body hair, but building awareness of the reasons helps us to make an informed choice. You can decide if you keep or remove your body hair. It’s always your choice.

To help you reflect on race and culture, you might like to think about the following questions:

These experiences can affect your physical and mental health, and your sense of identity, so it’s important that you get the support you deserve from friends, family, community groups or a culturally aware counsellor. 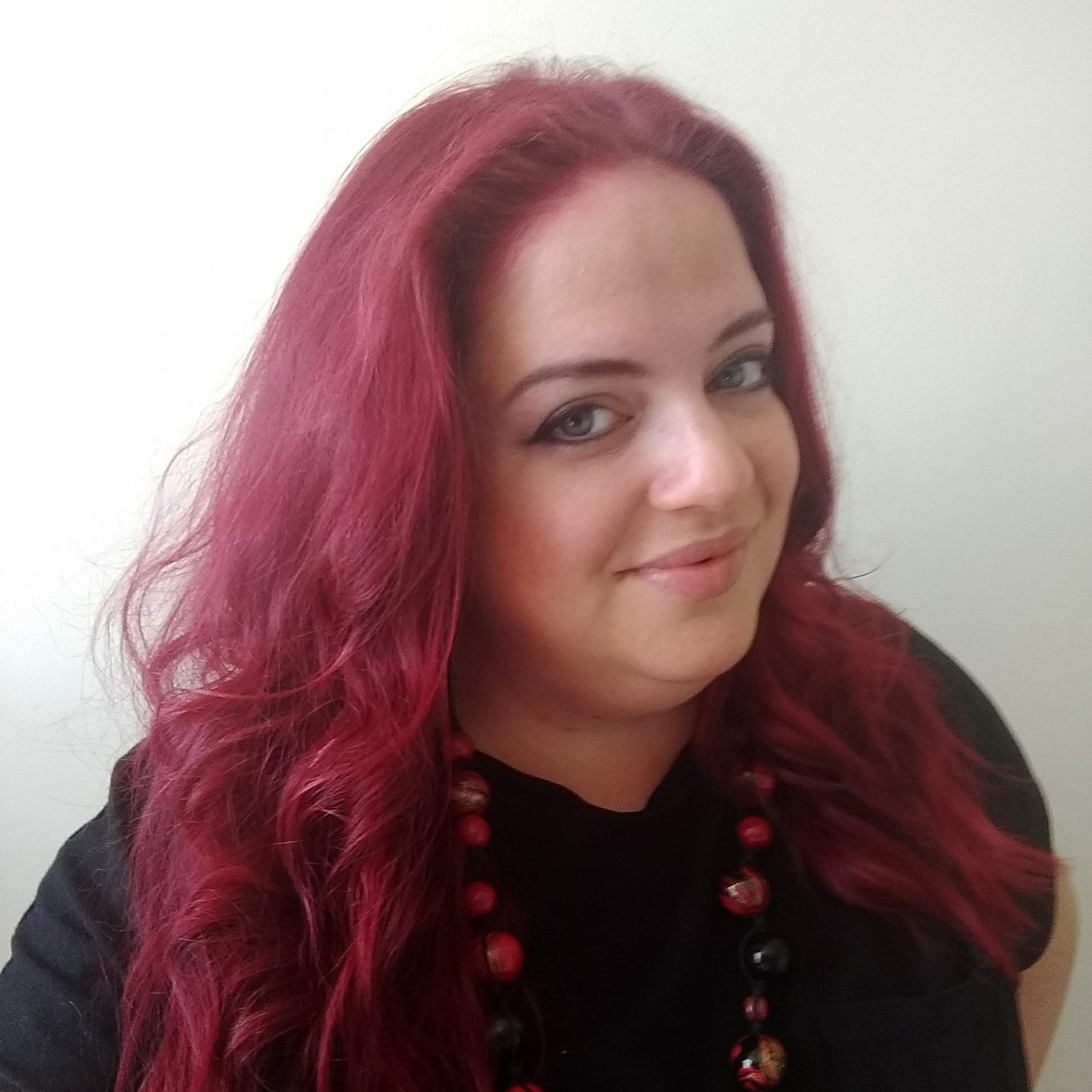 To read more from Mel, visit her blog thecompassionatefeminist.home.blog